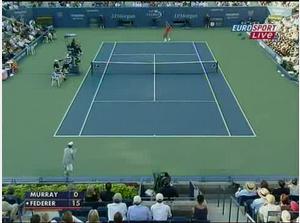 ROGER Federer won his fifth consecutive US Open title after overwhelming young British Andy Murray 6-2 7-5 6-2 at Flushing Meadows. Federer fell to the ground with joy and relief after match point while Murray looked like the sense of occasion got the better of him. 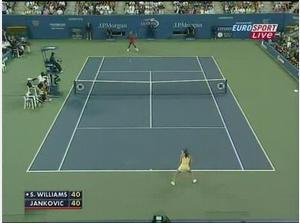 Serena Williams defeated Jelena Jankovic, 6-4, 7-5, to win the U.S. Open 2008 women's singles final title, the third U.S. Open title of her career. It was the 9th grand slam title overall for Williams, who entered the tournament as the fourth seed. Williams had a tremendous tournament and didn't even drop a set, and the combination of her victory and Ana Ivanovic's early upset loss makes Williams the new No. 1 player in the world. 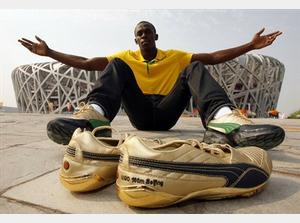 In the most outrageous display of speed to ever burn across theOlympic Games, Usain Bolt of Jamaica rocketed to gold in winning themenâ€™s 100m dash in 9.69 seconds â€” not only a new world record but thefirst time in the history of human beings a man has run the distanceunder 9.7 seconds without a significant tailwind.Richard THOMPSON of Trinidad & Tobago finished second, a full two-tenths of a second back, in 9.89.Walter Dix of the United States took third, in 9.91.Usain Bolt sets another world record in the 200m final at BeijingOlympics 2008. Americans Shawn Crawford and Walter Dix get silver andbronze.Officially, Usain Bolt won by an astounding 0.66 second overAmerican Shawn Crawford, the defending Olympic champion. Crawford wonthe silver medal when Churandy Martina of Netherlands Antilles, who hadfinished 0.52 behind Bolt, was disqualified after a U.S. protest forrunning out of his lane.American Walter Dix was awarded the bronze medal when the third manacross the line, teammate Wallace Spearmon, also was disqualified forleaving his lane.* Images from REUTERS 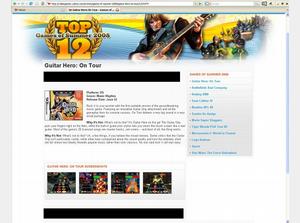 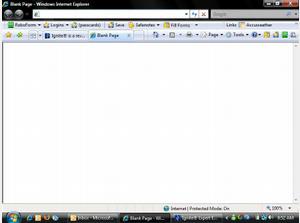 How to renew your Detroit Shock season tickets! 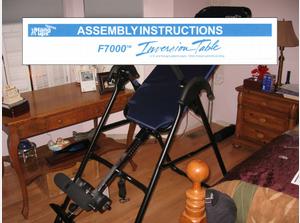 This Ignitable will guide you in the proper assembly of the F7000 Inversion table by Teeter.

Welcome to Trek's Cutting Edge Bicycle Owner's Manual for the Hybrid. Trek has been around since 1976 and was instrumental in 5 of Lance Armstrong's Tour De France Victories.